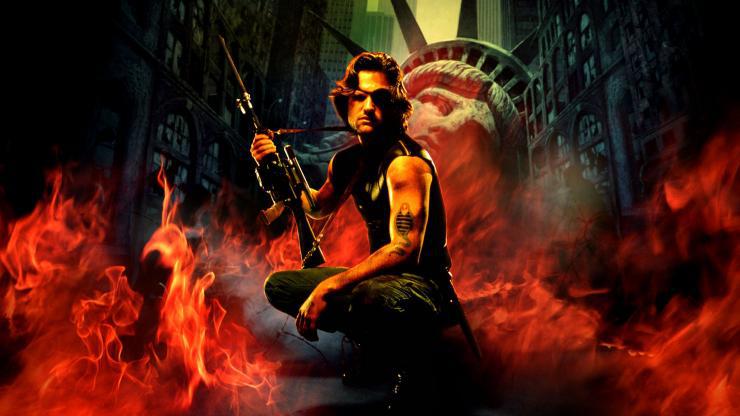 Okay, so it ain’t ever gonna happen, but goddammit I’ve fallen in love with this idea…

A few days back I was jonesing for a John Carpenter fix, and looking at Blurays for ESCAPE FROM NEW YORK. But times are tight and unless I can trade something in somewhere, it’s gonna have to wait. It came off the back of reading Jonathan Lethem’s excellent monograph about Carpenter’s THEY LIVE, which I highly recommend, it’s great fun and it hit just the spot I was hoping for during what is, for me, a cyclical obsession with the films of John Carpenter. I’ll go for ages not watching them, but it always comes back around. The style, the craft involved in all his work… but that’s a separate post. While I was jonesing for a Hi-Def hit of early Carpenter, I started dreaming, and then… THIS hit me. And I just can’t shake it loose.

I even wondered if I might somehow be able to get a meeting with a studio to actually pitch this idea, because I love it so much, and I really think that it would be a great sequel, and a way to pass the baton, set things up to be an ongoing series should a studio decide they want to… but that was pie in the sky thinking. Studios don’t meet with nobodys to hear an their take for how to relaunch a pre-existing property.

Nontheless, for what it’s worth – on the off chance their current writer has fallen through and the studio are looking for a new direction – here’s mine:

What if Snake Plissken came back just strong as Max Rockatansky didn, in a movie that’s both a genuine part of the existing series and a reboot all at once?

So what if THIS supercool young badass, lived to become THIS kind of ornery old guy: 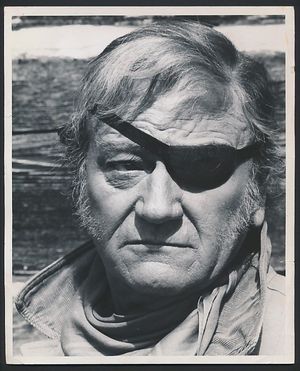 Last we saw Snake Plissken he double crossed his handlers and switched the whole damn world off line at the end of ESCAPE FROM LA (my favourite scene in the movie, and a defining one for the character). But what happened next?

What did the world become thereafter? And what became of Snake?

I don’t know about you, but I’d LOVE to see Kurt Russell play Snake OLD. I can watch Kurt Russell in anything, but just look at him in BONE TOMAHAWK, or DEATH PROOF or HATEFUL EIGHT. He’s always been a great actor and a great screen presence, but he’s on fire in these films. He’s amazing. He has what I consider to be genuine movie star qualities and an incredible charisma on film.

So what if Snake is an ornery old man, a semi mythic outlaw of the past to some, ‘The Man Who Flipped The Switch’. But he’s getting old, getting slow, still full of piss and vinegar, still kicking ass, because he’s fucking Snake Plissken, but he’s not a young man any more.  He’s Rooster Cogburn, William Munny, Pike Bishop… his days are numbered and he knows it. 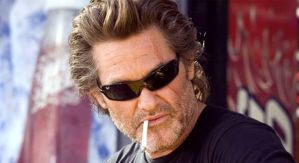 And that’s where a young woman comes in. Not a kid like in TRUE GRIT, but a young woman. Out of her teens. She wants his help to find someone. She’s not an innocent. Probably no one can be in the kind of world that will exist once the lights go out, not if they want to survive. Who is she? What does she want?  Her journey with this ageing outlaw will reveal it. And sure, the journey with Snake will see her mature. In fact, she’ll save him as much as he’ll save her by the end. The road will be hard and unforgiving. Snake won’t live to the end credits. His time is up. Their fight will be painful and real. She’ll lose an eye. And Snake will die to save her. And when it’s over she’ll take that eye patch and tie it on and bloodied and battered and mean as a snake, she’ll walk into the sunset and the oncoming storm of what lies ahead for her. If the movie is successful, it’s her we’ll follow through further adventures in a world gone back to the range…

ESCAPE FROM NEW YORK, TRUE GRIT, THE ROAD WARRIOR, EL DORADO and THE WILD BUNCH are part of this film’s DNA, but it should have a heart and soul that are uniquely its own. True to itself and Carpenter’s original vision.

That’s my set up. You listening, FOX?

Not convinced? Think about this one… see how directors are lining up to put their own kind of stamp on the extended universe STAR WARS movies? That’s what you do with these sequels. Joss Whedon, Neil Marshall, Guillermo Del Toro, Lexi Alexander, Rian Johnston, Joe Cornish, Edgar Wright, Shane Black, Justin Lin, Jennifer Yuh, Lynne Ramsey, Bong Joon-Ho, Christopher McQuarrie, Tom Tykwer, Gareth Huw Evans, Nicholas Winding Refn (I’d love to see these people work within the world of Escape From New York and any number of others).
C’mon FOX, this idea has legs. If you still have the property and things have stalled… reach out. Let this be that Pie In The Sky, one in a million headline. The lightning strike that kick starts it back to life… I think this is worth exploring.

I don’t really think this post will come to anything (I’m not THAT deluded) but this idea will not get out of my head, and if it ain’t goin’ anywhere, then why not share?

Of course, the last I heard, Neil Cross had been hired to write a script for a brand new version of ESCAPE FROM NEW YORK, and if this is working… all power to them. I loved Cross’s scripts for DOCTOR WHO and LUTHER. Hell, if the remake route is how it goes? I’d take Idris Elba as Snake Plissken any day.

But, just in case it’s all come off the rails again? Fox? My door is always open…

View all posts by Neil Snowdon